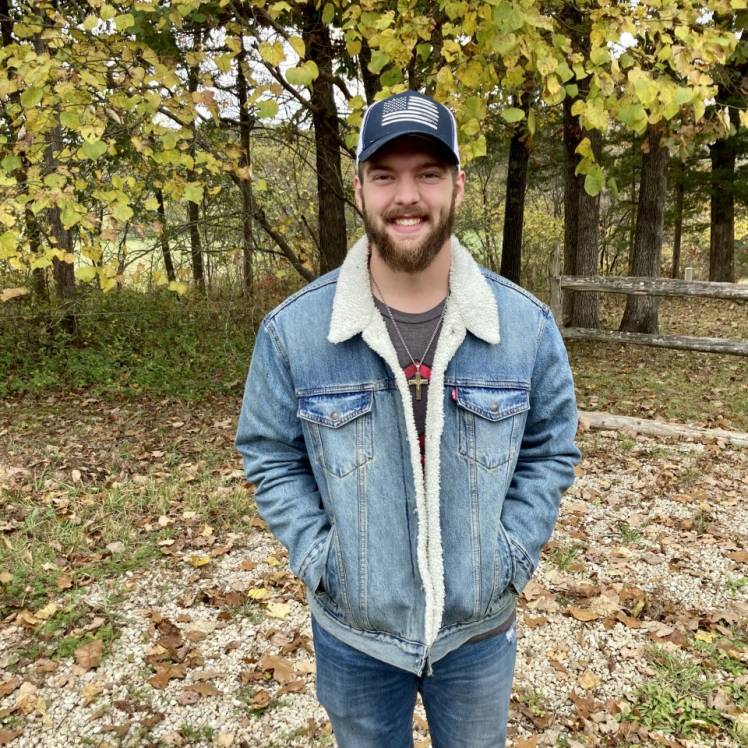 Nate Kolars comes to us from Clarence, Missouri. Having grown up in foster care, God has blessed him with the heart for children with hard backgrounds! Entering Shiloh Christian Children’s Ranch in 2011, Nate had the opportunity to grow up alongside many children with very diverse backgrounds.  By the time he graduated high school in 2018, this experience forced Nate with a realization:  he was tired of seeing families broken.

Nate spent the first nine years of his life growing up in a small town located in Illinois, by the name of Roseville. It was in this town that Nate and his siblings were raised with a misconception of how families are supposed to be raised. With both parents being addicts, the only aspect of family Nate and his siblings were introduced to was anger and pain. Then one specific night while most families were spending their fellowship under a Christmas tree, sharing presents and enjoying each other’s presence. Nate’s family had reached their boiling point. Nate’s dad has filled with so much anger that night that specific events led to the police being involved. It was a week later that Nate would start his journey searching to fill a void that had just been created. That void being a father’s love.

Nate’s mom struggled very hard over the next two years to raise eight children that only known abuse and neglect. As a single mom who had health complications of her own, the state eventually stepped in and required her to find a home for her eight children. Through an organization by the name of, “Transitions” She was able to find Shiloh Christian Children’s Ranch. This was not only a home that would keep food on her baby’s plates, but it was a home that could fill the voids her children have received. Shiloh was a children’s home that would fill their lack of father’s love with the teaching of our creator! This was a big hope for Nate’s mom but was a risk she was willing to take.

It was within a week of Nate’s mom finding Shiloh that her babies would be in a new home! As the week goes by, she would get emotional at certain points. Finding herself with a realization of the decision she had made only a few days prior. On that last day, Nate returned from school with his siblings. Immediately he noticed all their belongings in trash bags being loaded into the back of a van with an extremely tall lady by the name of Lory. With an overwhelming amount of confusion, Nate and his siblings crowded their mom with questions following where their next destination was to be? It wasn’t until they arrived at the transitions headquarters that they realized mom wasn’t part of this next departure. It was within that next hour that Nate and his siblings were explained of the new families they would receive. Along with finding out they were being split up from each other as well. After a final goodbye with many promises to be kept on both ends, Nate and his sister started yet another journey!

Nate was raised at Shiloh for the next seven years of his life. With many lessons upon growing up in a family displaying a genuine aspect of what love was, Nate still had a void to be filled that would affect him for the rest of his life if left unhealed. Nate hated his dad for loving them the wrong way. For the years of hate displayed and confused with love. Nate didn’t want anything to do with his father. Adding to that same hate, Nate hated his mom for giving up on her family. As she had started a new family only a few years later with someone new, she seemed to disconnect from her first family. This hate carried up until Nate’s first year of college. Little did he know how much that emotion would affect him during his first year of adulthood.

As Nate flew through his first year of college, he failed in many ways. Up until the middle of his second semester, he was introduced to a small group of guys that would come to hold each other accountable on a very intense level. It was that summer that Nate forgave his mom and dad! Through that group of guys, Nate grew tremendously in his faith and so many ways. His void was finally filled!

So how does this tie to Camp David? Well, Nate spends his days connecting with people of all ages sharing his story of forgiveness! God has brought him peace with a situation that so many kids forget they can find a sense of peace in. As Nate looks back at his trials and test, it is evident that God has prepared his heart to work with kids that come from broken families! He hopes to assist Jesus in filling the voids of those who seek the same peace he did growing up!