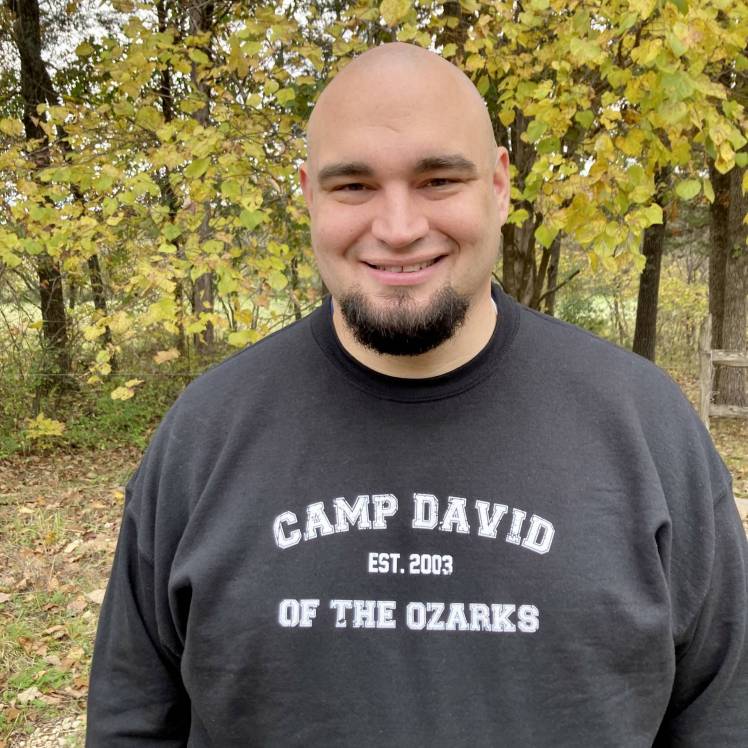 Josh grew up in rural Missouri.  He graduated from Missouri S&T in 2011.  Between his last two semesters, he served at Camp David as Support Staff Leader and Worship Leader.  It was there that he learned many of his leadership skills and met his beautiful wife, Julia.  While camp is geared toward families of prisoners, Josh’s life was profoundly impacted that summer as well.

Since then, Josh and Julia got married and had three kids.  They always wanted to stay involved with Camp in some way, but weren’t sure how.  Then Ben and Grace asked them to prayerfully consider being the next camp directors so they could pour themselves into Camp David International.  After much prayer and planning, they agreed and moved to Camp in February 2020.

Josh’s leadership skills, administrative skills, and love for the campers have prepared him well for what God is doing at Camp David and he’s excited to direct camp with Julia.