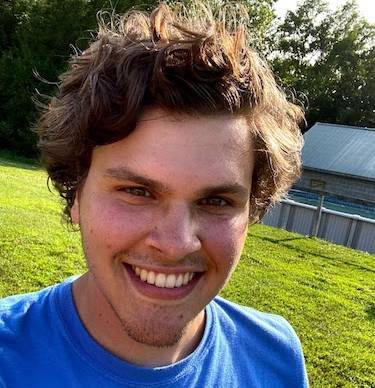 Let me introduce you to Benjamin, or as he’s known here, Ben. Ben grew up in a military family with his ten brothers and sisters, he’s lived in eleven homes, eight states, and two countries. He has always felt a strong calling to be involved with ministry and has been pursuing this calling in different ways his whole life.

Ben first got involved with camp david in 2019 when he joined a group from his church for a week of volunteering during the summer. He served as a camp counselor, and while that week was hard both physically and emotionally, he felt God’s presence, power, and work in the lives of the campers and his fellow staff. During the summer of 2020 he came to work with us full time as the staff manager and for the last three weeks of camp as the staff coach.

As Summer ended and the fall began, Ben reached out to us and asked if there was any way he could help and stay involved with camp. He is still a full time student studying American Sign Language Interpreting and works with us part time as an intern and as the head groundskeeper.

Regardless of where God chooses to use him in the future, Ben is always going to have a passion for serving his community and working with youth to further the kingdom of the Lord.