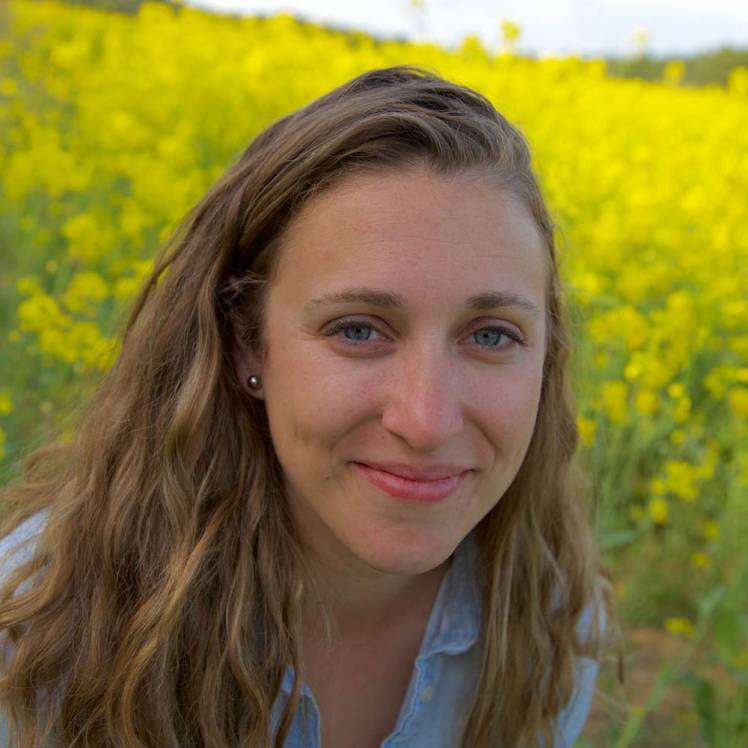 Abbey Musick is the director of our after-school program, My Club. She is looking forward to see God impacting campers’ lives, not only through summer camp, but through year-round mentoring. She grew up with two brothers on an alpaca farm in Rural Missouri, north of Saint Louis. As a kid, Abbey enjoyed traveling the country showing alpacas at livestock shows and playing in the creek with her brothers.

Early on in Abbey’s life she had a strong connection to children growing up in “less than perfect” households. Her best friend in elementary school, who Abbey met through her adoptive family, had come from a rough past. Her friend had been removed from her biological house and had moved foster families 11 times before being adopted. Abbey never forgot her friend’s story; it molded Abbey’s future.

In 2011 Abbey lived in Ghana (West Africa), volunteering with a school for orphans. Returning to Missouri, she attended Truman State University to study Health Science – Community Health Education. During her college years, Abbey enjoyed working at Christian summer camps and volunteering with youth ministry throughout the school year.

Since graduating with a BS, she has been employed by a drug rehab unit for adolescents, a wilderness camp for children in the state foster care system and as a PE Teacher for elementary and middle school students. She has loved all of her jobs, but her greatest joy has come from marrying her husband, Jon, who serves as an Engineer Officer in the Army. They will be celebrating their 5-year anniversary in 2020!

In Abbey’s free time, you can find her running and hiking for days on end. She has competed in international marathons and ultra-marathons. If she’s not running, she’s in the kitchen baking up something yummy. She likes to experiment with different baked breads and decorating cakes. If you visit Camp David, maybe you’ll get to taste some of her creations.

Abbey is excited to be working with Camp David. Abbey’s favorite saying is, “For the kingdom, for the kids”. She invites anyone to join My Club as her team impacts God’s kingdom by ministering to kids.

“To God be the glory great things He has done. So loved He the world that He gave us his Son.”