Comfort for my Babies 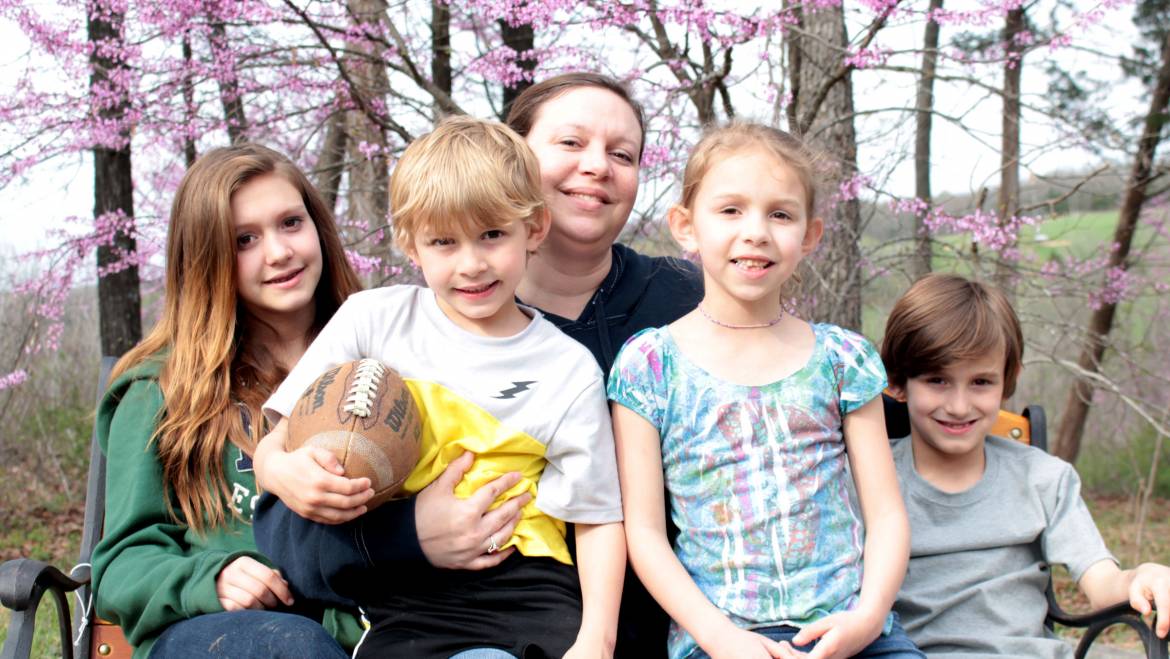 My name is Bethany and I have 4 children who have gone to Camp David. My children were extremely close to their father prior to his incarceration. He was their primary caregiver while I worked, and they thought he was spectacular. He was sentenced to prison when the children were ages 4, 5, 7, and 12. We were a family of faith and unfortunately, that in and of itself provided unique challenges for us. We were immediately shunned by our friends and family. Friends who used to come over to play were no longer allowed to play, and it took no time at all for my children to understand people were avoiding us. Of course this fostered the idea that “if my daddy is bad, I must also be” along with that came the idea that they were bad simply for loving their dad. It is in a mom’s nature to protect her babies but I had no idea how to protect them from the hurt they were feeling. Nothing had prepared me and I was left with no help, from our friends or family. In effort to overcome the stigma and isolation we were feeling, we left our home church. We shopped for a new church but inevitably one of the children would ask for prayer or share their hurt with their Sunday school class and there is little that can make an adult more uncomfortable than a kid talking about a parent in prison. These interactions made my children realize the shame in having a parent in prison. Slowly, the children stopped trying to talk about their daddy, whom they still deeply missed. When the younger two started kindergarten, they decided it was far less shameful for their father to be “dead” and so they told their class that their daddy was dead. They had solved their problem- if they hid the truth and they could once again have friends. And the shame grew deeper.
Enter Camp David. Clayton was the first to get to experience Camp David. His first year at camp, Clayton learned HE was not bad, HE was not destined to be bad simply because his dad had done something bad. He learned that He was not bad for loving his dad. He learned that just because his dad had done something bad didn’t even mean his dad was BAD. Clayton learned that he was not invisible to God because of where his dad was. He learned that God was not ignoring him and He wanted to comfort him. Clayton’s first year at camp he realized he didn’t need to be angry with God, and asked God to forgive him for being so angry. Clayton gave his life to Jesus at camp and Clayton began healing. My older daughter was the second to go to camp. Already committed to Jesus but just as broken and hurt as her siblings. She was engaging in self harm and running full speed down a path of total destruction. In her mind she was already tarnished and there was no sense in trying to do good when her fate was already sealed and there was no getting back. Camp introduced her to other kids who also had an incarcerated parent, and she realized she was NOT alone. The friends she made at camp were not repulsive people, so perhaps… she was also less repulsive than what she had originally thought. She was valuable despite how people’s reactions had made her feel. The friendships she developed at camp literally saved her life. She is still very dependent on those friendships and no longer has a sense of isolation.
As a mom, it is heart wrenching to see your children suffer. There is no feeling quite like the one of seeing your children make attempts to separate themselves from God and the Truth. I tried to fight for them. I constantly felt like I was fighting a losing battle. “Don’t feel ashamed” vs. “Shhh, Honey, people get uncomfortable when you mention where your dad is” I KNOW that I only helped harbor their feelings of shame; I of course had my own. Most of all I felt I had failed them and knowing the children aren’t truly MINE but that they really belong to God, I felt I had ultimately failed God.