Aaron and the Terrible Week at Camp 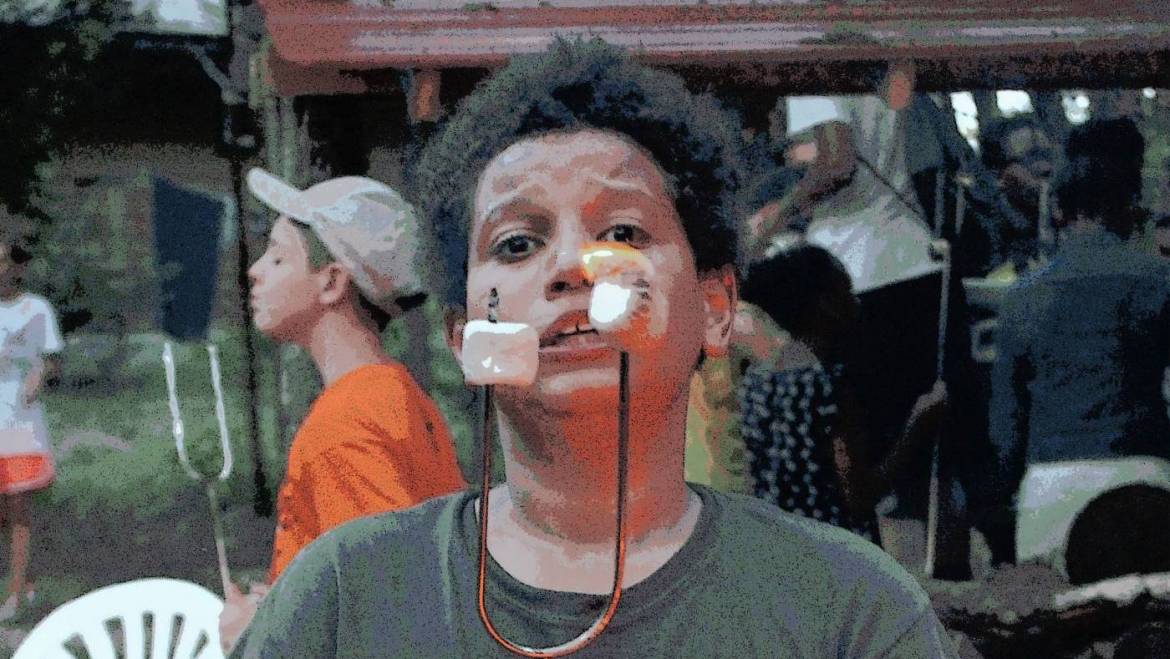 Aaron and the terrible, horrible, but very good week of camp

Aaron* was a talkative teen with lots of questions. He had a slight stutter and he wasn’t tall or particularly athletic. Aaron was the type of kid that others liked to tease – just to see him react. In years past, if there was a conflict among the campers, Aaron was probably part of it. One positive trait Aaron possessed was persistence. His most obvious negative trait was his complaining.

Much to his counselors’ grief, Aaron’s week of camp started with a lot of difficulties for Aaron to persistently complain about. Being the first week of camp this summer, our Leadership Team was just getting used to the ropes and made several mistakes. Unfortunately, they all seemed to involve Aaron.

It was Senior Boy’s week and although Aaron had been coming to camp for five years, this was his first summer as a “senior camper.” At first, Aaron was excited when his name was called to join a team with his “homies” on it. A few minutes later he was informed that he had to change teams because there was a mistake, and he was sorely disappointed. “W-Why do I have to move? I get along with these guys, if you put me on the other team we are going to fight. Those guys don’t even like me…” on and on he went.

Still complaining later as he unpacked his bags in Cabin #4, Aaron was told that his team needed to move out of Cabin #4, and into Wagon #8 to make room for a larger team. “Why do we have to move? I like this cabin…”, it all started up again. Mistakenly, the team dragged their stuff up to Cabin #7 which was a newer and larger cabin, but another team was already there! They had moved to the wrong cabin! To fix the problem, our Counselor Coach asked Aaron’s team to move to a small cabin- Wagon #5. But alas, Wagon #5 didn’t have electric working in it (it got fixed later that week), so once again they packed up their things and moved!! This time to Wagon #8 …and Aaron’s complaining continued the whole way. With 5 moves in just a few hours, it was a terrible, horrible, very bad day.

By day three, Aaron’s complaining had almost worn out his counselors. Except for his questions about God, Aaron’s entire focus was on himself. From what Aaron shares, life back home isn’t easy. Living in an inner city neighborhood between two large gangs, he hears gunfire every night. He says he has to be careful when he walks to the store so he doesn’t get shot. His dad, a gang leader himself, is in prison for life. No doubt Aaron felt like a victim with no control of the things that happened around him. But on Wednesday, something perked his interest that changed everything.

Walking up to our Support Staff Leader, Bethany Smith, Aaron asked, “W-what do I need to do to be invited back for the Timothy Staff Training week?” Bethany told him that he needed to be recommended by one of his counselors. She then respectfully pointed out that he would probably need to work on his attitude if he wanted a recommendation. Something clicked for Aaron. This was something he could do! Over the next few days he all but stopped complaining, and started looking for ways to be helpful. The rest of the week his comments changed to, “H-how do you think I am doing? D-do you think I am ready for staff? I-I am really working on my complaining.” He wasn’t perfect but he was giving it all he had.

At the end of the week, Aaron DID get the invitation to come back to the staff training!! His week had gone from very terrible to being recommended for staff by his counselors. At the Timothy Staff Training we helped Aaron set more goals for himself, and we saw more improvements. Aaron graduated from the Timothy Training and realized his dream of serving on staff. His first week of serving on staff (doing dishes, serving food and cleaning), Aaron’s focus had changed from himself to helping the campers have their best week ever.

Standing in the food line with his hat and apron on to serve food, Aaron would cock his head, smile and say, “H-how is your day going? Would you like some chips? I hope you have a great day!!” Spiritually he was growing too. Every chance he had he would ask if he could pray outloud, and he was still asking questions about God and the Bible.

The last night of camp this summer, sitting around the camp fire, we had one last sharing time with our staff. Aaron spoke up, “M-my first summer I was at camp, I had lots of questions about God and they got answered; the next summer I had more questions and they got answered, the next summer I had more and they got answered. Each year I learned more and more about God. God answered my prayer for me to be able to become staff this summer. Now I’m praying I can become a blue shirt (leader).” Aaron’s new role models are the godly young adults that lead camp each summer, and he has set his sights on being a Support Staff Leader in a few years. Aaron’s life has been transformed by God through the ministry of Camp David. And Aaron was just one of many children of prisoners whose life was impacted and changed this summer. *Name changed for confidentiality